I began working in the casino industry in 1980 as a bartender and then also as a seating captain in Tropicana’s 1700 seat Tiffany Showroom. This was where Wayne Newton came out Opening Night in a spaceship. Followed by some famous performers such as The Moody Blues/ Earth, Wind, & Fire/ Patty Labelle/ Sam Kinison/ Joe Piscopo/ The Monkeys/ Mike and the Mechanics/ and Tony Orlando & Dawn, just to name a few.

It was very exciting times to work in AC. As a bartender at Trump Plaza, I was selected to help with the celebrity seating for the likes of: Malcolm Forbes, Sean Penn & Madonna, Natalie Cole, John McEnroe, and Billy Crystal. When “Iron” Mike Tyson was knocking all his opponents out in Convention Hall after the fight had hardly just begun!

After cutting my teeth during Atlantic City’s heydays, I decided to ply my trade in gaming’s Mecca….. Las Vegas

After being involved in the Casino industry for 15 years, Las Vegas had always seemed to be my natural progression, or evolution, if you will.
So 20 years ago this year I packed my things and headed west to start a career in Casino Marketing/ Player Development by opening up the first Hard Rock Hotel/ Casino.

Three years (1998) after honing my host skills, I decide to except an offer from Treasure Island’s new President, Bill McBeath. Two years later (2000) he brought me with him to the Mirage, after MGM had taken over.

Three years later (2003) I excepted a position with Station Casinos, as Director of Player Development for Green Valley Ranch. One year into that job, I became a semi-celebrity on the Reality TV Show “American Casino” which Discovery Channel aired 33 episodes during the 2004-2005 seasons.

At the end of 2005, I moved over to the construction trailers to prepare for the opening of Red Rock Casino & Spa in Summerlin. Red Rock opened on my 49th birthday April 18th 2006.

I worked there until the at the end of 2009. I rejoined Bill McBeath for the opening of Aria Resort & Casino inside the brand new 10 billion Dollar “City Center”.
One year later (2011) the newly appointed President of MGM Grand asked me to become a Senior member of the Marketing team he was compiling. I went to work there for the next couple of years (2011 & 2012) before returning to Station Casinos in the beginning of 2013.

After working for Station Casinos for the past two and a half years, I’m now ready to take on my next adventure… Stay tuned 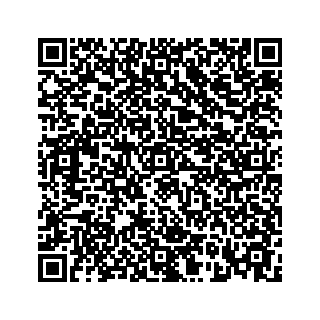